Development of the national shipbuilding is impossible without target-oriented programs supported by government. This opinion was expressed by the Chief Marketing Officer of Smart Maritime Group, Svetlana Shott, in terms of the "River Forum 2021: Cargoes, Freight Carriers, Termіnals", which took place in Kiev on Thursday,  March, 18-th.

“Under conditions of tough competition in the Black Sea region, the lack of government programs and support in the shipbuilding and ship repair industry is not even a neutral factor, but a negative one. We analyzed the experience of neighbor countries. Each of them has state support for this industry, except for Ukraine”, said CMO.

In this regard, she cited the example of neighboring Turkey, where since 2000 a strategy to support the national shipbuilding industry has been implemented at the state level. Turkish shipyards are provided with payment guarantees, financing of infrastructure expansion projects, fiscal benefits, including VAT and duties, as well as benefits for the acquisition of land.

At the same time, she pointed to the positive effect of the implementation of similar programs in Ukraine, citing as an example the state program of compensation for the cost of agricultural machinery and equipment of domestic production.

S. Shott also alluded to the impact on the industry, caused by changes in inland waterway transport legislation. According to her assessment, which is in compliant with the opinion of representatives of other enterprises in the industry, today Ukraine has sufficient capacities to work with both Ukrainian and foreign flagged ships, even if there is a significant growth of fleet to work in the inland river through-passages of Ukraine.

“Our clients are both Ukrainian shipowners and European customers [...] A foreign flagged vessel requires certain customs procedures when calling for repairs at Ukrainian shipyard, but this is such a well-established mechanism that does not affect any production processes and choice priorities, ”said Shott. 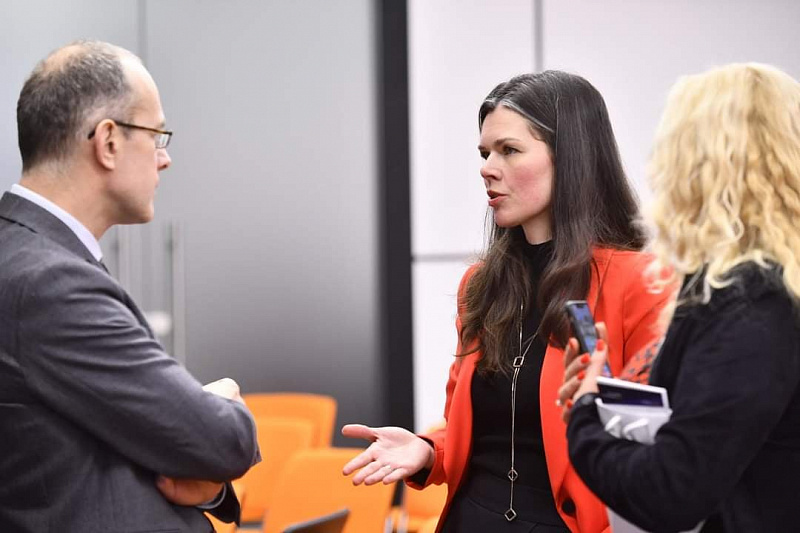